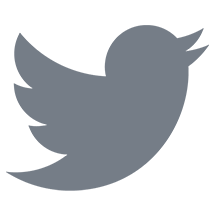 It is so obvious. So logical. It’s very easy in the Netherlands that if you like something, you open your Twitter account and give your opinion in 140 characters. About politics, television, about your neighbour or about football. “We” know luckily no better. Long live the freedom of expression. How different is it in some other countries. In countries where Internet service providers must cooperate with the authorities. Where social media sometimes just gets blocked or monitored closely, and where sanctions follow a wrong or inappropriate tweet in the eyes of the authority.

Residents of countries where Twitter is blocked, can only access their account completely with the help of a VPN connection, to let people know what they think, feel and do. What’s going on in their country. This was shown recently in Turkey. There, VPNs were used to let the outside world know they weren’t able to tweet anymore. VPN connections are used throughout the world to bypass government controls and censorship.
When Twitter (and Facebook) due to government interference were down in Turkey, the apps with which you could avoid censorship became suddenly more popular in that country. And especially specifically all VPN apps, which were at the top of the list of most searched and downloaded applications. The crazy thing was that despite or a whole blockade, suddenly more people used Twitter. Especially with the use of censor-bypassing remote servers. To be able to share the situation in their own country with the outside world.

The situation in China is different and perhaps even worse. It has recently shown how far it wants to eliminate usage of the social media. In Russia, the use of VPN services is completely prohibited from November 1st. In China, it is necessary, from the beginning of this year, that VPN services providers, before they offer their services to the population, apply for a license. Although they also do so in accordance with legislation, none of the applicants then have permission to offer the public their services. Apple has already taken down all VPN-apps.

In addition to those countries, censorship is also happening in Iran, United Arab Emirates, Vietnam and Bangladesh. If people in those countries bypass the set censorship, they will have to get a good VPN service, if that is possible at least. But what is good? It is important to -specifically looking at Twitter- choose a provider that has many server locations. This ensures a safe virtual location. It is also good to take a service that supports multiple platforms and devices, so the aspect of technical support may also be important. If possible, it is also advisable to choose a service that has the latest data encryption protocols. There are services that have servers in 87 countries and more than 130 locations. These providers are therefore really ideal for Twitter.

In addition to using external servers, so-called “smart” DNS proxy servers are also used to remove blockades from Twitter. That is also possible, the speed remains then but protection is lacking. You don’t need a lot of speed for Twitter, security is more important when using Twitter in these countries. Thus, using DNS services is far less attractive and in some countries even dangerous. Another advantage is that installing is not very difficult. Only changing the network settings on the device is needed. The way to do this differs per device, the steps to be followed are the same everywhere.

The question that comes up sometimes is whether the use of such a router or service is indeed legal. The answer? Yes. People sometimes confuse things, mix things up. As with “normal” connections, VPN services are not meant to carry out illegal activities. That is punishable with or without VPNs. People connect the use of an external server with dark things. To hack a system or use for scams. This is a misunderstanding. Even though you are anonymous on the internet, you may simply not violate the law. In relation to countries where there are forms of oppression and Twitter may not be used, VPNs are prohibited. For example, in China and North Korea. With a VPN connection, people can get on Twitter or Facebook, and that’s exactly what the authorities do not want.

Virtual Private Network uses existing internet lines and applies protocols to encrypt your data stream. If an attacker intercepts the data, he intercepts data that is useless. He misses the key to open and read files. The data is encrypted and thus unusable without that key. Advantage of using a VPN connection is that you are working anonymously. You do not work under your own IP address, and your location will remain undisputed. Providers use VPN servers world-wide. If Twitter is blocked in your country but you have VPN software on your computer, you can make a secure connection to a server in another country. Via that server you can access your Twitter account. Your IP address is invisible, what you can see is just the address of the used VPN server. Because your location is unknown, you will see the full and uncensored website. VPN services ensure freedom of speech. Without these services, the rest of the world couldn’t know that Twitter was banned in Turkey.

Twitter itself is also a fan of using VPN services and TOR software. This was proved a number of larger data crashes and cyber attacks caused by hackers and governments. The hackers wanted to collect data from Twitter users. It says enough that Twitter called on using VPNs and also TOR. It indirectly says something about Twitter’s security issues and so it’s good to use VPNs on Twitter.

Need more information? Consult GoodVPNservice.com. This is a comparison site with information about different providers, articles about usage and what the benefits are.