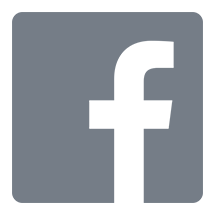 A Virtual Private Network. Chances are you have already encountered the term or its abbreviation VPN. But what exactly is it, what does it have to do with Facebook and why is signing up with one of the providers a good idea? High time for a deeper investigation!

What is a Virtual Private Network?

A Virtual Private Network is actually a private network within a larger network. Do you connect with your home network or business network to a public network like the internet? Then a VPN service ensures that that connection is encrypted. You can imagine it as a private tunnel between the device you’re connecting to and the recipient. The big advantage is that there are no spies able to show up. The connection is encrypted in an unreadable way. Do you make use of a public network such as the WiFi network of a hotel, train or restaurant, then it is no unnecessary luxury.

In addition, a Virtual Private Network allows you to bypass certain restrictions and geo-blocks. The VPN services that you connect to will guide your traffic to one of their servers. These servers are located in several countries from which you can choose. In essence, it appears that you are browsing the internet from the server’s location. Feel like a Netflix episode available only for users in the United States? Then just connect to the VPN server in the US! Is WhatsApp, SnapChat or Skype blocked in your country? Then a VPN service is also an excellent way to use the apps anyway.

It’s hard to believe but no less true: Facebook was only founded in 2004. Despite this short lifespan, the company has dug into our cultural identity. It has become almost impossible for the younger generation to imagine how life before Facebook looked like. That shouldn’t be surprising. Every month, 1.5 billion active users log into their account. Every day, 4.5 billion likes are given and 968 million people log in to their profile. The most popular social media platform in the world is a real powerhouse. However, there are also a number of problems.

It’s not all rosy on Facebook. There are multiple issues that may arise when surfing on Facebook. Throughout the world, various groups, criminals, governments and organizations closely monitor everything that is said on Facebook. For example, in many South East Asian countries, negative comments about the government or a religion can lead to a trip to jail. Internet connections are often not protected, and even posts on a profile that cannot be linked to you in any way can be traced. Also in Mexico there are countless examples of the importance of privacy online. Dozens of journalists and citizens have been traced and murdered by the cartels because of comments on websites like Facebook.

A second problem many more countries have is the problem of censorship. In many locations, Facebook is blocked for a wide variety of reasons. There is the national censorship for example. Many governments see the power of Facebook and decide to act against it. A typical example of this is avoiding people coming into contact with religious ideologies that may conflict with the traditions of the country in question. In addition, numerous dictatorial regimes are active where statements about political figures, public figures and government agencies are not done. Because such messages can spread through Facebook like wildfire, think of video messaging, various governments try to counter this by restricting access to Facebook.

A second common problem is that at work or in other professional settings, access to Facebook is blocked. That does not really have to be astonishing: for employers it’s not ideal for everyone to be on Facebook. Productivity gets less and it also takes up a lot of bandwidth of the corporate network. A measure that is well meant but can also have a negative effect on your performance. What if you finish your work and want some time without fiddling with your hands? Fortunately, there is a solution in the form of a VPN service.

The solution: a VPN service

In either case, using a VPN service is the answer to solving this. Not only do you circumvent the imposed restrictions and blockages this way, but also you surf the Internet safer. Everything you do online is met with a far-reaching encryption. In other words, it means that you are completely anonymous on the Internet thanks to a VPN service. Fully anonymous, in turn, means that your privacy is never compromised and you always surf safely. A nice additional benefit is that the so-called geo-blockades of services like Netflix are no longer applicable to you. What else do you want?

Enabling a VPN service is the best way to use a service like Facebook every time and anywhere, wherever you are, and what the restrictions are. However, it is important to subscribe to a reliable provider. On the market, hundreds of providers are active from a free VPN service to services that cost an arm and a leg. To help you make sense of the chaos, GoodVPNservice.com has made a pre-selection of trusted providers. Take a closer look at the various pros and cons of the VPN services and choose which provider best fits what you are looking for. Enjoy it!