Just like the Netherlands Germany is a EU member state, but some rules are just a tad different at our eastern neighbors. One striking example is (illegal) downloading is being dealt with. The Netherlands has a download ban since 2014, but it didn’t result in any fines. In Germany however, fines are regularly given and these fines can be more than thousand euros. What’s up exactly with the download ban in Germany and which VPN-services are best used to prevent you from getting a download fine after a holiday to a German city?

Fines are being given since 2009 in Germany for illegal downloading. Downloaders don’t receive this fine from the public prosecution office but rather from lawyers and other organizations which are representing the interests of the music- and movie industry. Strictly speaking it is not a ‘fine’, but a private law issue whereas the money functions as a compensation for the infringement on the copyrights by the downloader. There isn’t a set amount which need to be paid. Some lawyer offices ask slightly more than 700 euros on average but there are some demanding more than 1000 euro. When a fine isn’t paid, the lawyers will usually threaten to open a court case, whereby the costs will be considerably higher in comparison with the demanded fine. Lawyer offices largely work on a commission basis; they receive a certain percentage of the paid fine. This has resulted in an industry of lawyer offices trying to fine as many illegal downloaders as possible. according to the German consumer association more than 4 million Germans have received a download fine, between 2009 and 2014. Usually it is not about illegally downloading movies or series but music, games, software or e-books as well. The download prohibition in Germany applies to anyone in Germany, meaning foreign tourists and expats as well. A Dutch student on a traineeship in 2015 in Germany has, for example, received a fine of 1000 Euro for illegally streaming movies and series.

Downloading Anonymously in Germany with VPN

How do German lawyer offices succeed in uncovering so many illegal downloaders? It is surprisingly simple. When downloading, a file is being sent from one IP-address to the other. With little effort lawyer offices can retrace from which IP-address movies or series have been downloaded. Subsequently, only an internet provider can connect the IP-address to a specific person. With evidence of the illegal download and IP-addresses alone however, German lawyer offices succeed to convince judges to release the contact details behind the IP-addresses. These details are then used to send the fine to the illegal downloader. The easiest way to prevent you from getting a download fine in Germany as well, is to hide your IP-address. This can be done with a VPN-service. When you download a file, as a VPN-user, your own IP-address won’t be visible but rather that of the VPN-server you are using. The fact that download files are being sent to your computer through a VPN-server is retraceable to no one. You won’t be risking a German download fine as a VPN-user.

Privacy is the most important reason to use a VPN-service in Germany, but there are other advantages to using a VPN-service as well. One of them is to be able to circumvent geographical blockade. Watching broadcasts of ‘uitzending gemist’ for example, is effortless as long as you are in the Netherlands, but abroad you will run into geographical restrictions. With a VPN-service you will prevent missing an episode of your favorite series or a game of your football team. Simply have the VPN-service connect you to a Dutch VPN-sever and you will be able to watch videos ‘only’ available in the Netherlands.

Carefree internet with VPN at our eastern neighbors

whether you live in Germany, are there on holiday or just on a day trip to a German city: the moment you set foot in Germany the strict download ban will apply to you as well. Millions of given download fines already given by our eastern neighbors should be all the reasons you need not to be naïve to think you will get away with an illegal download, as you are in the Netherlands. Using a VPN-service prevents you from risking a 1000 euro fine. Pick a VPN-provider guaranteeing you complete anonymity. If you want to use the VPN-service to watch Dutch TV in Germany as well, remember that it would only work if the VPN-provider has Dutch servers in its network. 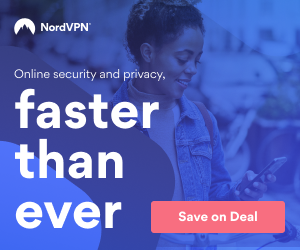