Anonymity and the Internet. It’s a hot topic. More and more people and organizations (including Facebook) opt for the abolition of anonymity on the Internet. Others, however, point out the freedom you must have to say what you want under any pseudonym.

Pros and cons of anonymity

If you get rid of anonymity altogether, you at least get also rid of the majority of online bullying that is happening these days. But not only bullies or other people with bad intentions try to stay invisible on the internet. There are also people who do that for other reasons, even plausible ones. People with certain professions, for example, who want to give their sound opinion on the internet and who cannot do that in their own name. In that case, anonymity thus provides the freedom of expression mentioned. What about people who live in a totalitarian regime? There you may risk a death sentence and you will at least go to prison if you are criticizing the government in your own name. Anonymity is not just for bullying people anonymous. Anonymity is sometimes just a necessity to make certain things clear.

There are many ways to make yourself ‘unfindable’ on the web. In other words, you can take a lot of relatively simple steps to become virtually anonymously. With which you think you’re invisible and you think has found safety. Anyone who wants real anonymity will have to hide their own IP address. If you work with your own IP address, you can find your identity and location in almost all casest. And your desired security has disappeared. 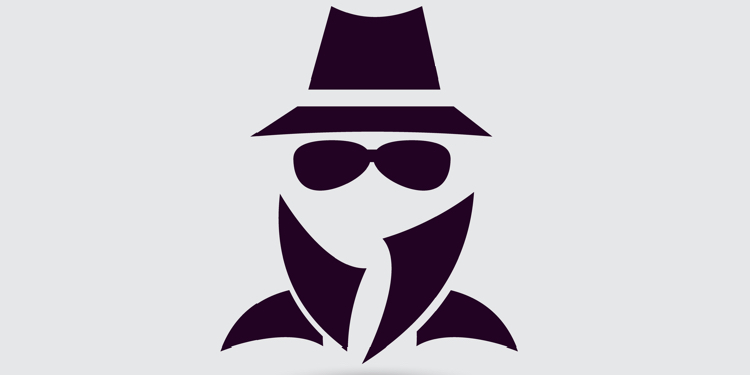 An anonymous operating system is a prerequisite if you really want to work anonymously on the internet. An operating system that encrypts data and thus connects you to the Internet invisibly to others. Also, make sure that you are using a browser that uses the TOR network; a system built to keep a connection secret and developed by the US Army. US Army soldiers could use TOR safely to keep people at home up to date without anyone being able to listen or watch. Anyone who does not want to be seen on the web can move to a country where there is little or no supervision by authorities. However, there is a problem, there is almost no country that does not keep an eye on residents, although many countries claim otherwise. Often authorities say it is ‘protection’. Moving is not so handy. You can find a country where the connections are good but where you are not really tracked. Those countries are still there.

Anonymity and plug-ins are not going well together. Virtually all browser plugins leave behind traces. Both your location and your identity are often able to be found, so you do not want that. Plug-ins and anonymity are therefore two very different things. Also, keep an eye on internet protocols, because those provide your identity and location as well, except HTTP, and certainly the safer HTTPS. For example, using the regular productivity software – spreadsheet programs, or word processors – cannot be used if you want to remain invisible to others. Problem with these programs are that they often connect to their servers when starting up. They also indicate your location: away goes your anonymity. It is wise to use disposable accounts if you pursue anonymity.

All of the above mentioned ways to use the internet anonymously not waterproof. The more you use these types of methods, the more difficult it becomes for people, companies and organizations to get a hold of your identity. However, for most people, that is way too much effort. For example, adjusting the settings of an operating system, goes too far for some people. Anonymity is if you do not want to do too much effort, a utopia. Anyone who does not want to make any effort will always be able to be found and followed online.

The above matters usually work – combined -, nevertheless, there are all kinds of risks. And so, a VPN server is the best way to set up an encrypted and thus secure network connection that guarantees your privacy. VPN providers provide security and use different servers, making it possible, for example, to use a VPN that is in America. Practically also for the avoidance of geographical blockades, so you can watch certain television programs abroad. A VPN makes using open networks safe. On top of that, no one will see your IP address. The service hides that address and therefore you will also be able to visit websites that are usually unavailable, for example due to censorship or blockades. Therefore, whoever wishes to work as anonymously as possible, wants to secure privacy and thus does not want to work with their own IP address, is very wise to do it this way. There are several providers with all their own features and pros and cons. Much depends on your own use and how much value you attach to business such as speed.

Anyone who wants to know more about this should visit GoodVPNservice.com. This site informs about the various VPN providers and provides articles about the functions of a VPN and what the benefits of working with a VPN are.