Homepagina » Blog » Dark web, what is it?

Dark web, what is it?

It is well-known that not every corner of the internet is completely legal or necessarily safe. We are not talking about downloading a film or two, but, for example, the parts of the internet where drugs and weapons are sold illegally. The average Internet user might not necessarily be affected by these online activities, but not everyone is aware how these criminals operate exactly. What are the areas of the internet where these types of criminals are active and how do they isolate themselves from the rest of the net? We are referring to the so-called ‘deep web’ and ‘dark web’. In this article, you’ll read all about them.

To explain what the deep web and dark web are exactly, we first need to discuss the ‘regular’ internet. The internet that we use most of the time is also called the ‘surface web’. The websites of the surface web can all be found through a search engine (like Google, Bing and DuckDuckGo). The deep web, however, is the part of the internet that is not indexed by search engines, usually because these are pages with data that are irrelevant to the ordinary user (like the archives of websites). If you go another ‘layer’ deeper than this, you get to the dark web: these are pages that aren’t just actively blocked by search engines, but that have been deliberately designed in such a manner that they cannot be discovered.

How large is the dark web?

The dark web is often considered to be the great underworld of the web, but this is very likely to be an exaggeration. We aren’t sure how many webpages the dark web has exactly, but according to one study, there are fewer than 300.000, next to nothing compared to the 30 trillion total webpages on the internet (according to an estimate by Google). Another study suspects that the total number of pages on the dark web lies somewhere between the 7.000 and 30.000. That’s why the dark web is more like a small, shady corner of the internet, rather than a vast ocean.

The dangers of the dark web

It is true, however, that a lot of criminal activities take place on the pages of the dark web: not all of them are involved in illegal practices, but a substantial part of them are. We are referring here to the selling of drugs, weapons, illegal pornographic networks, personal information stolen by hackers, and much more. It’s also a place where a lot of malware is spread. But this is not the only thing that the dark web is used for. Some intentions are actually positive. On the dark web, information is also exchanged safely by journalists and human rights activists in totalitarian states. It’s also a way for citizens in China to get around their censored version of the internet. There are also those that believe that using the dark web (which is completely anonymous) is justified, as many governments now routinely track many using the Internet who are completely innocent. 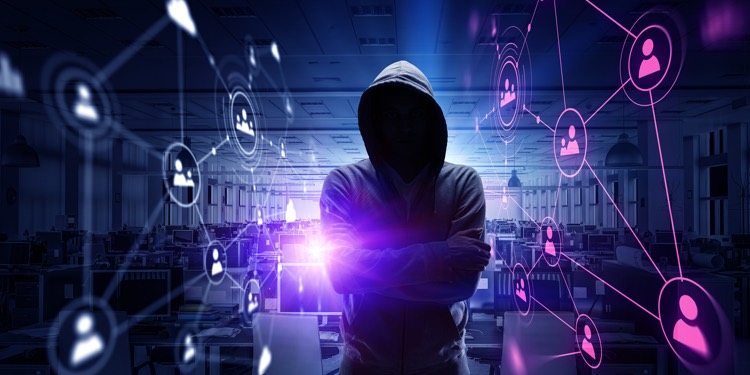 How can you protect yourself?

The dark web is a place you should not – and cannot – browse on a whim. If you’re interested, you can view it, but you will do so at your own risk. Viewing some websites on the dark web is illegal and users are kept under an increasingly tight watch by the government. Pages on the dark web can also only be accessed by a special web browser, TOR (a web browser is the software that you use to browse the internet, such as Google Chrome or Firefox). TOR stands for The Onion Router: it’s a web browser that encrypts all of your data as standard practice and allows access to all pages on the internet. By using TOR, it is almost impossible to discover your identity, because your IP-address is constantly being sent to a different server in the TOR-network.

Officially, TOR keeps your identity a secret, but there have been some issues with the browser, which still makes it possible to discover your IP-address sometimes. That’s why your safest option is to always make use of a Virtual Private Network as well: a VPN also encrypts all of your internet traffic and ensures that your IP-address remains hidden, because it is first sent to a different server in another country. This way, you’re always browsing safely, on the regular internet as well.